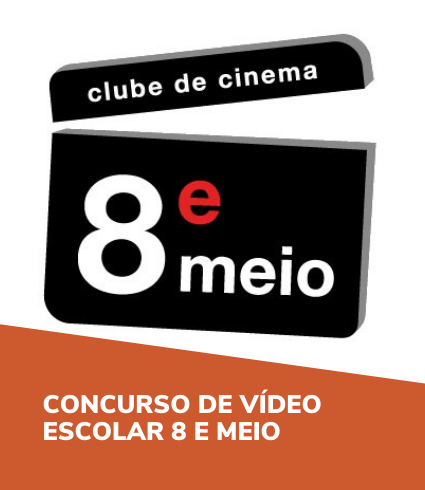 Aimed at secondary school students from all over the country, this competition organised by the 8 e Meio Film Club, from Eça de Queirós Secondary School in Póvoa de Varzim, has already had more than ten editions. It was first held in 2006 and was initially only meant for students of the school. Two years later, it opened up to the rest of the country and presents itself today as the “largest Portuguese event dedicated to high school cinema”. Among the entities that support the competition are the Municipality of Póvoa de Varzim and the Ministry of Education, and the Club also has partnerships with Curtas – International Film Festival (Vila do Conde) and Animar, which collaborate in the programming of educational events dedicated to animation cinema.

In the 2018 edition, three prizes, worth 600, 400 and 200 euros each, were awarded for 1st, 2nd and 3rd place respectively, in addition to the audience prize awarded by the public attending the event’s closing public ceremony and the prize for the best film made by a student from the organising school.

On the event’s official website you can find the regulations and the entry form. You can also have a look at previous editions of the competition and watch some of the award-winning videos.

Still on the topic of this competition, see: Eduardo Jorge Madureira: “Uma outra forma de aprender” (“Another way of learning”)